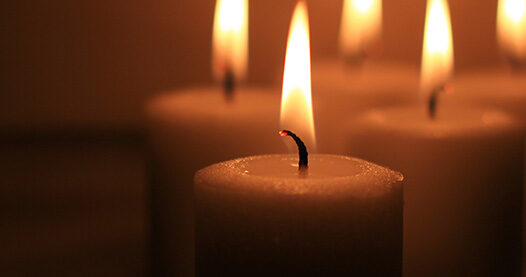 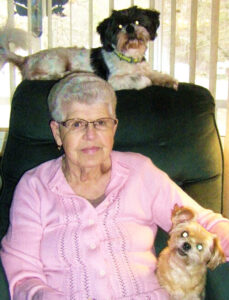 Lillian Jay Minix, age 85, of Gregory, MI, passed away on Friday, September 10, 2021 at St. Joseph Mercy Chelsea Hospital. She was born on June 30, 1936 in Sublett, Kentucky, the daughter of Lee and Amanda (Minix) Salyer.

Lillian had lived in the area since the early 1950’s, moving from Kentucky. She married Arthur Minix on October 2, 1954 in Leslie, MI, and he preceded her in death in 1989.

She is survived by four children: Deborah Schenk of Gregory, Scottie Minix of Gregory, Marlene Stevens of Stockbridge, and Michael (Robert Hudson) Minix of Gregory; seven grandchildren: William Arthur, Ryan Lee, Jeffrey Scott, Jayson Neil, Chassidy Marie, Robert Ardel, Jess Matthew; and ten great-grandchildren, including Kaitlin R. Risner, a great-grandchild that she helped raise as her own; a brother, Wisemond “Blue” (Sylvia) Salyer of Jackson, sister-in-law, Dorothy Salyer, and numerous nieces and nephews, including her niece, Joan Angonese, who was more like a sister to her. In addition to her husband, she was preceded in death by her siblings, Patchell Salyer, Ernestine Minix, Bernice Bailey, Edna Carpenter, Audrey Minix, and Myrtle Howard.

Lillian attended several churches in the area, most recently the Family Tabernacle Church of God. Lillian was a great shopper and always loved a good buy. She loved going to garage sales and to dicker and deal. She loved to play card games, especially when she won. Most of all, she loved her family and friends, and she will be missed by many.

Visitation will be held at the Caskey-Mitchell Funeral Home, Stockbridge on Wednesday, September 15, 2021 from 2-4 p.m. A short prayer service will be held at 6:00 p.m. at the funeral home, led by Pastor Jeff Howard.

She will be laid to rest with her husband at the Noah Minix Cemetery in Foraker, Kentucky with a Graveside Service at 11:00 a.m. on Friday, September 17, 2021, officiated by Elder Doyle Keeton.

Memorial contributions may be made to Stockbridge Outreach.