This is the conclusion of the three-part Founders article, which follows the September and October installments. The author believes this to be the most poignant and thought provoking of the three.

Thomas Howlett grew up in Gregory, a dozen or more miles from the Village of Waterloo.  His great grandparents on the Leeke side, who came to Michigan in 1827, settled on land in Lyndon Township in the 1830s, near this village. In 1851, his great grandparents on the Howlett side purchased a farm near the Village of Waterloo. He had roots in Waterloo and his interests in this area included the Realy Farm. When word from Hattie Beckwith reached him of the creation of the Waterloo Area Historical Society, he immediately joined. He was particularly fascinated with the wooden windmill.

Tom wrote the following in the 1992 Founders Booklet:

During those early years, we used the dining room in the Realy house for meetings. After having been made livable once again, it was such a pleasant room. The small, ornamented cast iron wood stove we acquired had been polished and its stove pipe had been firmly pushed into the chimney hole. Kindling and dry wood were on hand for a fire.

This was a most cheerful room to meet in, on cold nights. Sociability was almost as important as business. I recall such a meeting that was held, I believe in 1965, during late fall or early winter. There were not many there and the business program was brief. This occasion, however, was more nostalgic for me than the whirl of a windmill wheel and the clank of pump rods.

It was dark at seven when I parked the car for this meeting near what was left of the old rail fence, west of the house. A bit of snow lay on the ground, a cold bleak evening. But when I rounded the southwest corner of the house, mounted the porch and opened the door, the cold and bleakness vanished. An early arrival had kindled a fire. Its warmth and the dimness of the light from a 60W bulb in an old floor lamp brought back the time of my grandparents—stoves and kerosene lamps.

After the business meeting adjourned, someone added wood to the fire and the conversation turned to the nineteenth century.

The old dining room table and potbelly stove continue to draw friends and acquaintances who reminisce and enjoy each other’s company. The old Realy Boys have been gone more than thirty years, but the conversation in their house goes on, just as in pioneer time.

A sense of history, rural life, camaraderie, and a feeling of accomplishment and the knowledge you are creating something that will last for decades: this is what I see in the entire group of founders of the Waterloo Area Historical Society. Thank you to them for what they accomplished and passed on to all of us. 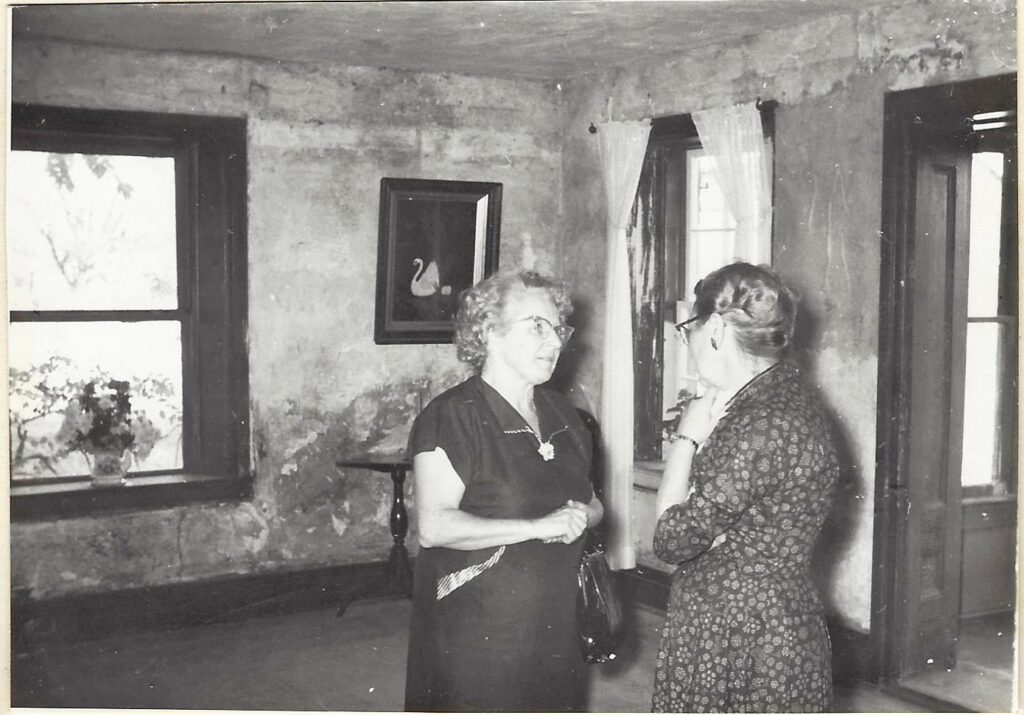 Parlor of the Realy homestead—prior to being restored and renamed to the Waterloo Farm Museum. Photo provided by the Waterloo Area Historical Society. 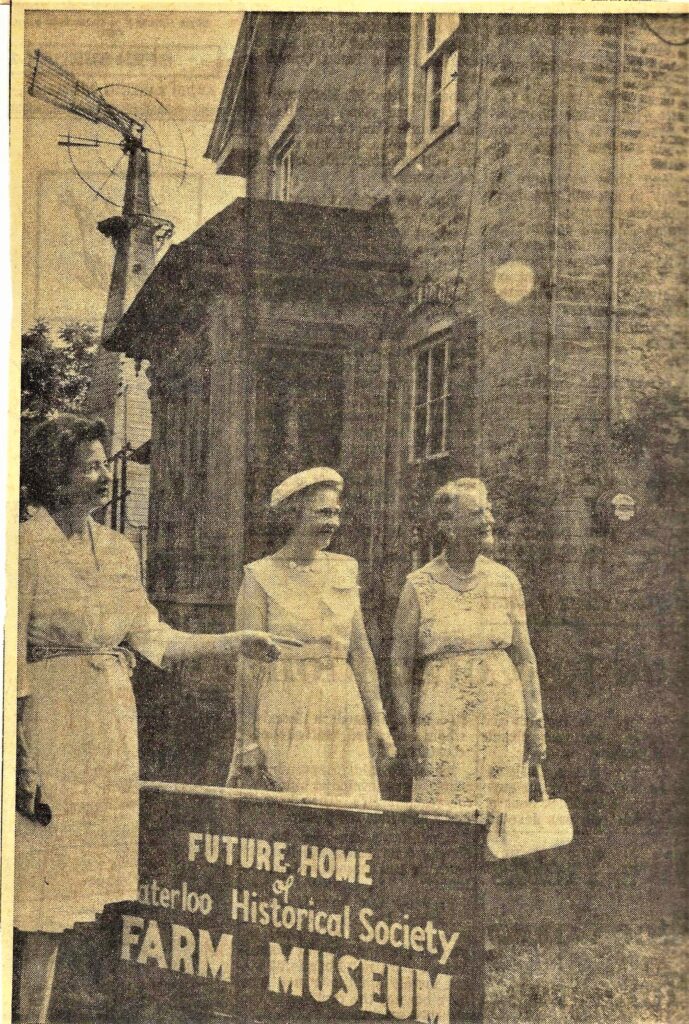