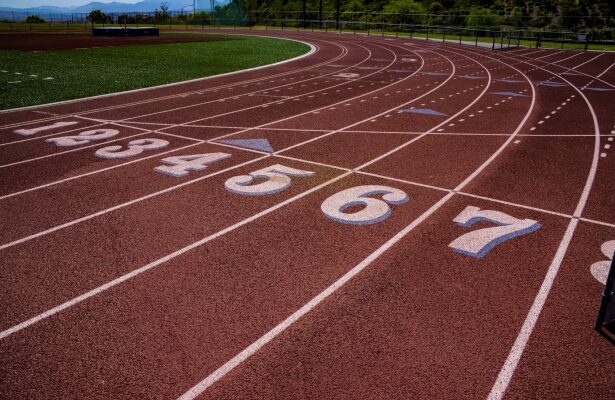 The Stockbridge track teams had a strong showing at the GLAC quad meet at Olivet last week as both won two of three meets at the event.

The girls defeated Lansing Christian 94-19 and Maple Valley 90-27 and fell to Olivet 94.5-41.5. Leslie was also at the vent, but they were not head-to-head with the Panthers because they face each other this week.

The places listed in the article are with all five teams results, even though Leslie was not scored against Stockbridge.

Rylee Tolson was in on four first place finishes to lead the Panthers. She won the 800, 1600, and 3200 races and was part of the winning 4×400 relay team along with Gracee Robidou, Brooklyn Rochow, and Julianne Muscato.

Third place finishes went to Youngblood in the high jump, Walker in the 100 hurdles, Rochow in the 1600, and Robidou in the 400, and the 4×800 relay team of Walker, Kristina Wilde, Sidney Gipe, and Rochow.

Third place finishes went to the 4×400 relay of Brock Jones, Coffman, Lance, and Suojanen and the 4×800 team of Jones, Ethan Wright, Andy Schlaff, and Bolton.

The girls finished third and the boys sixth at the Addison Relays Friday.

The Lady Panthers finished with 74 points in the meet won by Onsted with 108.98.

Tolson was first in the 1600, part of the winning 4×800 relay along with Rochow, Gipe, and Wilde; and the winning DMR team wirh Rochow, Muscato, and Wilde.

Second place finishes went to the SMR team of Wilde, Gabrielle Heath, Alora Mullins, and Breslin and the 4×400 relay team of Rochow, Robidou, Tolson, and Muscato.

First place finishes went to the 4×800 relay team of Jones, Wright, Schlaff, and Bolton; and the DMR team of Collin Cook, Lance, Jones, and Bolton.

Bolton finished third in the 1600 for the Panthers.