Stockbridge was a great place to grow up. Perhaps longer-term residents will also remember the places and events below that created lasting childhood memories.

One-room McCall School stood on the corner of Leeke Road and Michigan 92 and was torn down when Michigan 52 was constructed. I attended there through the fifth grade. The day always started with the Lord’s Prayer and the Pledge of Allegiance. We pumped and carried our water, used outhouses, and all classes for K-6 were taught by the same teacher. We always were excited when evangelist Mr. Goodman visited.

Farm life meant Cub Scouts, FFA and country roads. In 4-H, even though we Stockbridgers attended the same school, those who lived on the southside of M-52 were Busy Beavers and participated in the Jackson County Fair; the north side of M-52 belonged to the Happy Hustlers, and these youth attended the Ingham County Fair. Smith Elementary served kindergarten through sixth graders, while the old high school on Elizabeth Street held classes for grades seven through 12.

Stockbridge businesses in the 1950s included Fran’s Dress Shop, Asquith’s Jewelry Shop and Watch Repair and C.W. Glenn Chevrolet-Buick in the W.G. Reeves building downtown. Stanfield Brothers grocery featured Bill at the meat counter, singing along to songs playing on the radio and telling funny stories. Tom, found in the front of the store, often amazed small children by making the groceries “move” at the checkout.

In Dancer’s Department Store (now Stockbridge Pharmacy), a student could find all his or her back to school clothes. BUT, the store’s downstairs was devoted to toys and games, and my American Flyer train set and Erector Set came from there. Then, as now, the Masonic Lodge and Eastern Stars met above the space that was Dancer’s.

Brown’s Drug Store was the place to buy prescriptions and personal items, and also where to find boxes for building AMT Model Car Kits. C&L Auto Supply was a store with many attractions and accessories for bikes. The old hotel on the corner housed Lee Turney’s Restaurant on the main floor.

Groceries Gallore. At Lacy Watson’s Grocery and Wilde’s Supermarket (in different buildings) offered personal service. At Wilde’s, a shopper could get a little loaf of Wonder Bread for less than a quarter and purchase 45-rpm vinyl records. Bradshaw’s grocery, further north on Main Street where the post office and parking lot now stand, offered its own unique ambiance and array of wonders. (See Alex Weddon’s “Blackbrids and Mallo Cup money [above, right].”

Hardware and Furniture. Stroll east along Main Street, and a shopper came to a treasure trove of all things tool, the hardware store. Next door, Milner’s Furniture Store, later Caskey’s Furniture, smelled of fresh upholstery and wood.

Beauty and Barber shops. Up North Main, around the corner from the hotel, was Luella’s Beauty Shop and Stub Owen’s Barber Shop. Here all the tonics and aftershaves were lined up behind a patron’s chair. At Gordon’s Barbershop, you always got your money’s worth and would come out with white sidewalls.

C.G. Lantis and Sons carried Farmall tractors and equipment, and the operation was complete everything from dynamite, nuts and bolts, steel for fabricating, horse equipment, appliances and 5-cent Cokes.

The Movie Theatre in the Township Hall served as the jewel of downtown. Young and old looked forward to viewing the latest John Wayne adventure and cowboy matinees.

Stockbridge State Bank was in the stone building (now Abbott and Fillmore Agency). The Odd Fellows Hall was next door on the second floor with the post office on the main floor.

Wendell Abbott and Neil Mills operated insurance agencies from their homes. The Secretary of State office was in Abbott’s home and later at Elmer and Aletha Lehman’s residence.

Other small businesses existed from time to time in the 1950s. If a passerby saw someone on the street they didn’t know, the stranger must be from somewhere else.

The greatest adventure of summer was the American Legion Free Fair. Here, the W.G. Wade Shows’ midway offered contests of skill, cotton candy, and popcorn to fill up on before going on the rides.

Growing up in Stockbridge created many lasting memories, and each location is linked to other memories and stories and good times with friends and family. 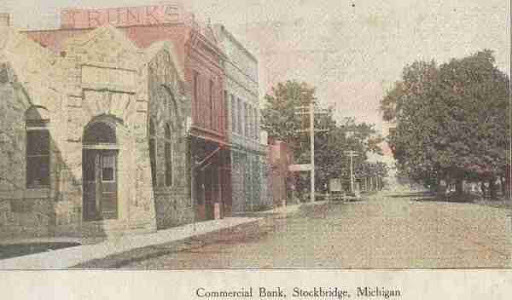 Stockbridge State Bank was in the stone building (now Abbott and Fillmore Agency). 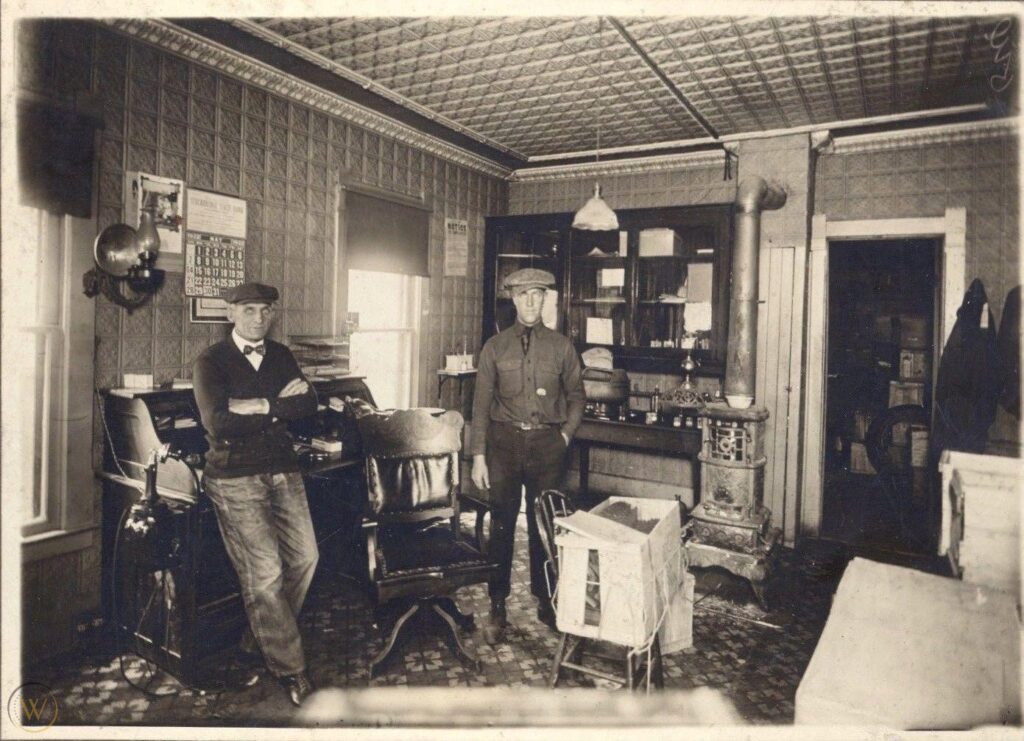 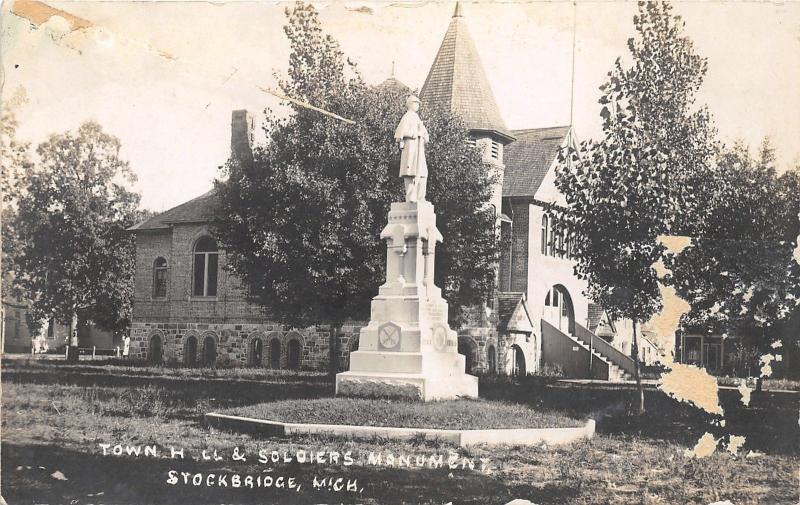 A Civil War Statue erected to honor those who served. Behind stands the Township Hall.

Previous: Bridge to Wellness
Next: Farmers State Bank―All the Bank You’ll Ever Need