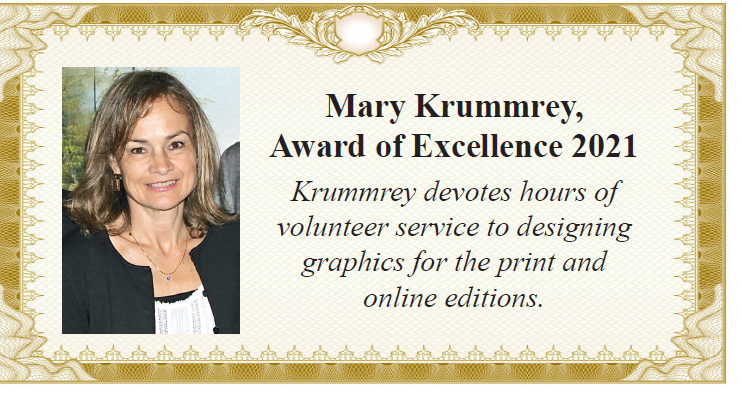 In keeping with tradition, this January edition of SCN celebrates its top-viewed stories over the past 12 months and their writers. This year, SCN’s board of directors is launchingtwo annual awards, the Award of Excellence and the Readership Award, and the inaugural recipients are Mary Krummrey and Keith Michaels, respectively.

The Award of Excellence, designed to recognize an unsung hero, is bestowed on a steadfast SCN supporter whose vital and notable actions contribute to the success of the news and information organization.

“Members of SCN’s board submitted names and statements in support of their nominees,” said Patrice Johnson, president and editor in chief. Board members (ineligible to receive the award), then voted. “It was unanimous,” Johnson announced. “SCN is pleased to recognize and express appreciation to Mary Krummrey.”

“Mary’s stellar talent, hard work and creativity have contributed to SCN almost since its inception in 2016,” Judy Williams, SCN treasurer, wrote in her nomination.

In support, director Nancy Wisman, said, “Mary devotes hours of volunteer service to designing graphics for the print and online editions. She works hand in hand with many of our valued sponsors, and she posts and manages our online announcements, ensuring the accuracy and timeliness of SCN’s information.”

The second new award, the Readership Award recognizes the writer who submitted the most top-ten stories and attracted the most online views over the past 12 months. The winner is calculated from SCN’s monthly ‘Top Ten Stories’ report, compiled each month and submitted to the board.

Director and columnist Mary Jo David added, “Keith recognizes the importance of acknowledging the achievements of our school athletes, and he works hard to bring these to light to the community. We owe him a debt of gratitude.” 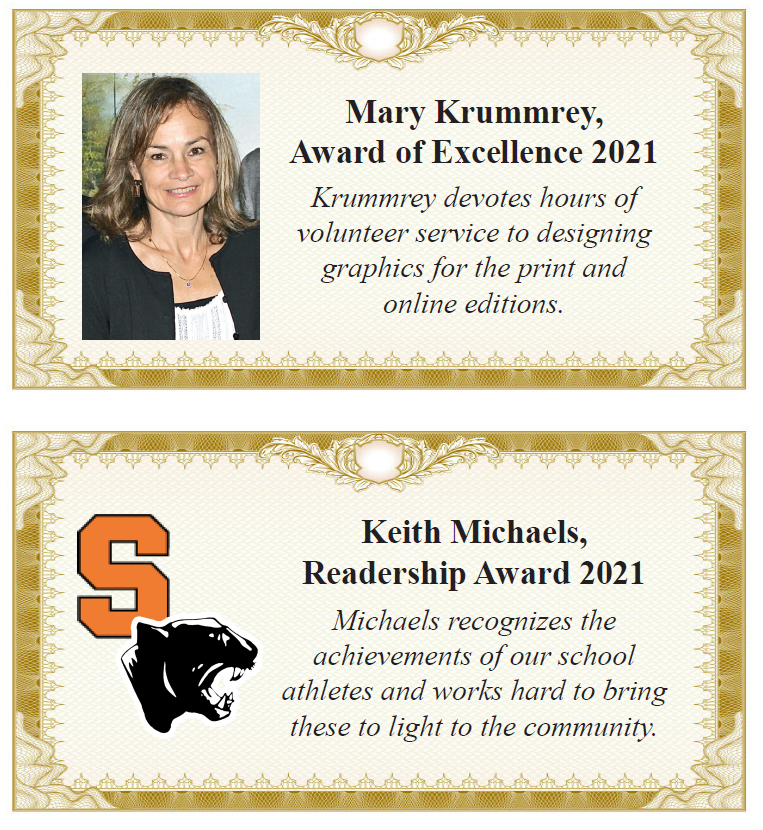