“RJ is an incredible problem solver and excelled in Physics and Advanced Placement (AP) Physics,” said Stockbridge High School teacher Bryan Tasior. “He is currently working on finishing (the) construction, wiring and programming (of) a large-scale 3D printer for the team to use as an independent study.”

RJ has attended Stockbridge Schools for nine years. During that time, he participated in the World Championship competition with the For Inspiration and Recognition of Science and Technology (FIRST) Robotics team, and was a member of the SHS Soccer Team. He earned varsity letters in both endeavors.

The one-on-one nature of a small school district has made his academic career enjoyable, RJ said, and he likes the way everyone in the area knows each other.

RJ is the son of Joel and Kim Fillmore, and the youngest of three children in the family. He has an older brother, Ethan, and an older sister, Karlee. He believes his friends would describe him as encouraging, funny, ambitious, impartial and inventive.

Because of all of his amazing high-tech, mechanical and problem-solving skills, it’s no surprise that RJ’s favorite subjects are physics and robotics. He aspires to become a computer engineer or a video game designer and his long-term goal is to be able to retire early. 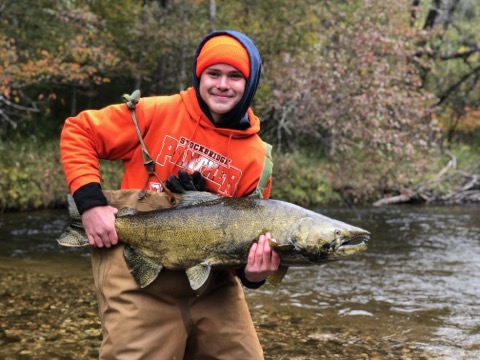 Previous: ‘Guiding Good Choices’: A dynamic way to connect with your children
Next: Boyd Heating and Cooling ~ Free Estimates, Licensed and Insured