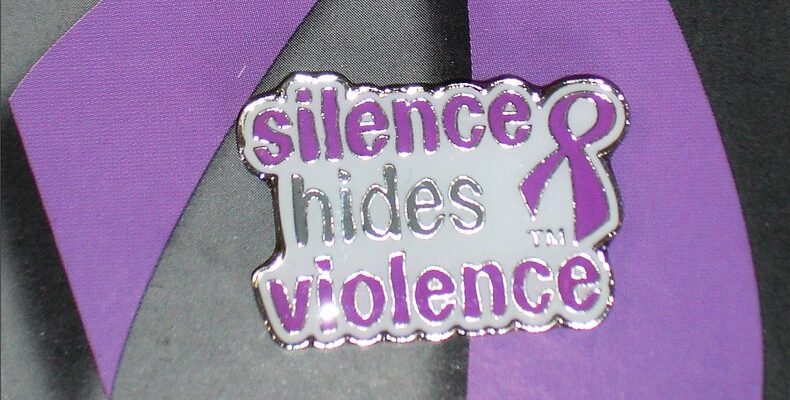 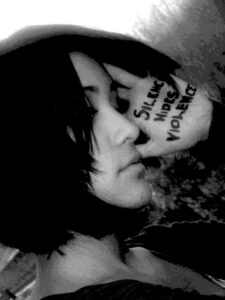 Editor’s Note: This is the second of a two-part series on domestic violence in recognition of National Domestic Violence Awareness Month in October.

Each minute, an average of 20 people are abused by their partner. Each day, 20,000 calls are made to domestic violence hotlines, according to the National Coalition Against Domestic Violence. Domestic violence does not discriminate and can be found throughout various demographics.

I was raised in a family with a history of domestic abuse (as referred to in Part 1 of this report published in October’s SCN).  But I never imagined I would find myself in a domestic abuse situation – until I did.

It was a short-lived relationship, and I was fortunate that children did not factor into my choice to remain or go. However, that was not the case for my mother, who found herself in that situation when I was a child and before resources were more easily accessible.

This also was the case for Angel (not her real name), who was in an abusive relationship for 25 years before she found the strength within to get out with her two children. But it was not an easy move.

Her spouse’s abusive nature started almost instantly in the relationship, with subtle ways of control and emotional abuse. Soon it escalated into infrequent physical bouts.

Angel said she left home right after high school graduation, then traveled and moved to several states. She met her ex and began dating, and they lived together for several years before marrying. Early on, she decided to be a stay-at-home mom and gave up her career.

“The physical abuse, although not as bad as the later years of our marriage, could be found in the years prior to our marriage,” she said. “My not being from the area and not having no family made it easier for him to isolate me and the kids.”

Angel said her husband became addicted to pills and drugs, and the physical abuse became more frequent and more violent. If not for the addiction, Angel believes they might still be together.

“I never planned on getting a divorce, but I sure as hell wasn’t going to raise my children in that no more,” she said.

When their second child was born with special needs, the subtle emotional abuse increased, Angel said.

“He could not accept having a special needs child and accused me of cheating. The abuse got worse and (he) left all our child’s needs on me,” she said.

“He even went as far as to only seek custody of our oldest, once I finally did file for divorce. But it didn’t matter because no matter what, he wasn’t getting either of my kids at that point,” she said with the strength of a protective mother.

Angel, when asked if she ever reported the abuse, said police were called to her home on numerous occasions. But she was always told they could not do anything.

She had been familiar from childhood with the 1977 local case of “The Burning Bed” as she grew up in a nearby town. In that case, Francine Hughes killed her husband James “Mickey” Hughes (the uncle of this reporter) as he slept by setting the house on fire. She took the action after years of abuse and was acquitted at trial of charges.

The case mobilized women suffering from abuse, and led almost overnight to changes in domestic abuse laws. However, Angel felt the laws in some areas had not changed enough to protect her at that time. Her husband had family members in law enforcement and the judiciary system, making it more difficult to get help.

“Every time I tried, it seemed like a roadblock was placed before me,” Angel said. “But September of 2016 was the last time he got to me. That’s when I was beat enough that I could barely move. It was at that time my girlfriend took me to the police station and hospital. They took all kinds of pictures of me and took out a protection order.”

A long legal battle over the divorce and custody of her oldest child  followed, lasting several years. In the end, Angel was granted not only the divorce but full custody of both children. Her abuser’s parental rights were revoked, allowing Angel to return to her hometown with the children.

If you are in an abusive relationship

It took years for Angel to be able to break free from the abuse, and not every victim may be ready or able to do so at this time. Know you are not alone and there is hope. Resources are available in various ways.

If you are currently in a domestic abuse situation and unable to leave, there still are ways to empower yourself, such as creating a safety plan. As part of your safety plan, evaluate and access local resources. Even if you’re not ready to leave, it’s good to have an option before you at this difficult time.

Use technology to seek out information and help. Support groups can be found on numerous social media platforms and websites, and  free apps for iPhones and Android smartphones are available. One app called myPlan offers not only support, but can create a personalized safety plan. It is an app created by survivors, for survivors.

Another popular recommended app is Aspire News. According to its site, it has been voted as one of the “best apps for domestic violence prevention.” This  lifesaving app hides in plain sight as a mock news app hosted through Yahoo!, containing top world news stories and events.

Reporter’s  Note: Domestic violence hurts more than the one who is abused. It may leave residual trauma to children and extended family members for generations. I reiterate domestic violence does not discriminate and you are not alone. I, too, have lived it. There is hope! 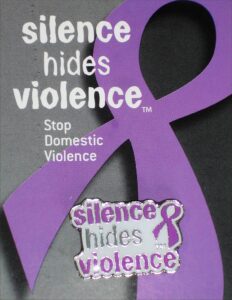 How to find help

However, apps are not a replacement for 911 when your life is at risk.  Please Call 911 if you are in immediate danger.

Domestic violence resources can be found at:

Local resources can be found at: