Throughout life, we encounter many people, but few as amazing as Donna Kathryn Wilson Stephens. The experiences of this 94-years-young lady could fill a book. Day One, after her birth in Mercy Hospital, Jackson, Mich. in July 1926, baby Stephens was inadvertently left too long in a hot car when her father stopped for gasoline on the way home from the hospital. The funny Stephens grins and adds, “What a way to start life!”

“I grew up on my family’s farm in Fitchburg,” the feisty Stephens stated. “As the oldest girl in the family of six kids, I had many chores. I had to feed calves and chickens and get the family breakfast before school.” After school, Stephens had indoor chores to do, and “during the summer, I used to drive a horse to bale hay.” 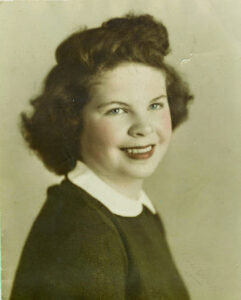 “Chores didn’t stop at home,” recalled Stephens, a student of Fitchburg’s (K-8) one-room schoolhouse. “We had to carry in the water that we pumped from the well and wood for the stove. It was exciting when they remodeled the schoolhouse and added water and an indoor bathroom. During the remodeling, the students moved into our house for school,” Stephens laughed. “Home schooling, the old-fashioned way.”

One memory at Fitchburg school stands out above all others. Two young men from Jackson tried to kidnap Miss Walker, their teacher. Under threat of a pistol pointed at her by one of the men, the teacher ran out of the school building and into the second man, who was attempting to start her car. The screams of one of the pupils alerted nearby neighbors and frightened the kidnappers away.

From Fitchburg’s elementary, Stephens went on to attend Stockbridge High School. Here, she met the love of her life when her the romantic interest was sparked. She, a cheerleader was watching basketball-star George Stephens and Bud Young shoot baskets in the school gymnasium. Someone decided that the shooter who shot the most baskets got to kiss Donna. George won the contest and Donna’s heart.

She graduated high school in 1944 and went on to complete a general studies program offered by the MSU Extension for Rural Graduates.

Stephens considers her greatest accomplishment to be her family of 5 children, 7 grandchildren, and 9 greatgrandchildren. “She is the matriarch of the family.” Daughter Linda Stephens grins and says, “The rights to this title bestows her permission to freely give all and any advice and wisdom, no matter your age.” In all seriousness, Linda added, “Mom is generous, loving, and supportive. She is the center of attention.”

Due to COVID-19, Donna Stephens has started using an I-pad. She rocks email, HouseParty, and Zoom. She YouTubes her Methodist Church Service every week. She is curious, ready to learn new things, and willing to try anything once.

Some of the most difficult times in Stephen’s life occurred as the result of WII’s rationing, black outs, and sacrifices made by families. Another time of great trial arose when her son, George, contracted Polio and then Rheumatic Fever. The doctor had her massage her son’s paralyzed legs, the only treatment he thought might work. During this same time, three of Stephen’s other children also fell ill with Polio. Thankfully, all recovered completely.

Son George’s deployment to Viet Nam was another distressing time for the usually upbeat Stephens. Looking back, Stephens can smile and share her belief for handling adversity. “Don’t feel sorry for yourself. Just get up and keep trying. Thinking of others will get your mind off yourself.” 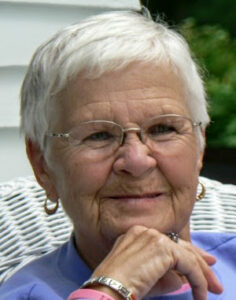 The competent Stephens has had numerous jobs from farm work to factory to corrections officer. In 1967, with her family mostly grown, she became the first woman corrections officer at the Jackson State Prison (JSP). She earned a host of honors in this job, among them a Certificate of Recognition for her kindness and professionalism toward the Hispanic Community and a Certificate of Appreciation from William Session for her professionalism when assisting the FBI. In special recognition of Stephens’ merits, the 1988 graduation class of corrections officers was named after her. To this day she grins as she recollects the praise and cheers she received from the class after her speech to them.

“There’s no one decision that has changed the path of my life,” Stephens said. “Whatever comes your way, you have to be flexible by working hard and never giving up. Determination, humor, and a lot of moxy have directed my life.”

The youthful Stephens offered one last piece of advice as the interview drew to a close. “Have patience and listen more.”

* In the coming April edition, read about the 1975 Helicopter Escape, the 1981 Jackson Prison riot, and more as seen through the eyes of Donna Stephens, the first female corrections officer at the Jackson State Prison.

Previous: ABBOTT & FILLMORE AGENCY—FULL SERVICE SINCE 1946
Next: PAUL DOBOS, DDS FAMILY DENTISTRY—WE WOULD LIKE TO MEET YOUR DENTAL NEEDS