The Stockbridge volleyball season ended in districts earlier this month, but a successful season that saw the Panthers finish third in the GLAC earned the Panthers some post-season awards.

Three Panthers were recently named to the All-GLAC volleyball team for 2020.

Senior Grace Hall was named first team All-GLAC for the second straight year. She led the team in blocks and kills this season. 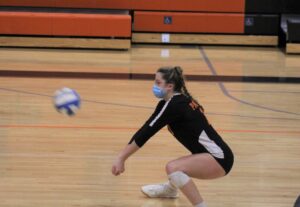 Senior Arin Szumlinski transferred in to the Stockbridge school district this year and quickly became a force for Panther athletics as she earned second-team All-GLAC volleyball honors. Szumlinski led the Panthers in digs this season. 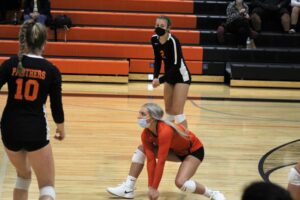 Senior Madison Mazuca was the Panthers team leader in assists for 2020 and was an Honorable Mention All-GLAC selection. 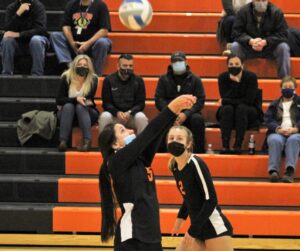 Previous: Cross Country Teams Earn Academic All State Honors
Next: A glance in the rearview mirror: Decembers in years gone by and a special thanks to Genealogical Society