For the first time since 2012 the Stockbridge boys and girls cross country teams will both be running at the MHSAA State Finals at Michigan International Speedway.

Things will be different for fans as well as they will be required to sit in the grandstand in stead of on the infield with the teams. Also teams will be asked to leave MIS an hour after their race is complete.

Both of the Panthers teams will be competing in the second race of the day with their second place finishes at Regionals.

Dalton Satkowiak returns to the Finals with the Panthers after running at MIS in 2019 as an individual. He is listed as one of the runners to watch in the boys race after winning the Regional title last weekend. 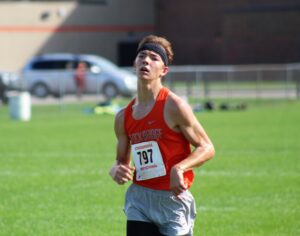 Micah Bolton, Ben Chapman, and Collin Cook all earned top ten finishes at Regionals and will need big races to lift the Panthers up the standings. Andy Schlaff was a key piece in the Panthers GLAC title win two weeks ago will be a big boost for the Panthers if he can run like he did at the GLAC Finals. Jonah Coffman and Brock Jones will round out the top seven for the Panthers and look to top finishes at MIS.

Rylee Tolson will pace the girls as she will battle to repeat as the D3 state champion.

A key for the Panthers will be Brooklyn Rochow, who returned to the course at the Regional after missing a couple of races. She had been consistently the Panthers second runner before missing some races and a strong run for her will be big for the Panthers. 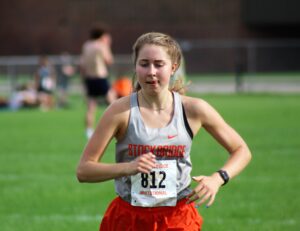 Brianna Hill stepped up big with Rochow out and looks to repeat her performance in Regionals in which she finished fifth.

Julianna Debozy and  Kaitelyn Walker will need good times as the fourth and fifth runners for Stockbridge if the Panthers want a top finish at the Finals. Joy Youngblood, Peyton Killinger, and Sidney Gipe have improved all season for the Panthers and will look for strong finishes at the Finals Saturday.

Both teams are projected with top 15 finishes, but if things go right and some of the Panthers runners can keep their pace up, they could easily shoot for top 10 finishes Saturday.